I am sure you may have had one of those high standard neat picky friends. Was he your ex? Or she is your current close friend? You may also have had to deal with friends that set the highest of high standards that you could not meet, so you had to back out. Think of that friend who is ever so reliable and there you have hints on the melancholy personality profile.

Oh yes, when I started this temperament article series, I implied that no temperament is better than the other; nor is there any right or wrong temperament, BUT, if you are looking for a genius prone personality, we all cannot but STAN the melancholy temperament.

When evaluating the temperament types, it appears that the melancholy personality may have the richest combination of traits and the most sensitive nature; but mind you, they also have accompanying weaknesses just like the other personality types.

A quick flash to some of the inventors and geniuses of our world such as: Thomas Edison, Steve Jobs, Michael Jackson, Travis Greene, Ed Sheeran, Ben Carson, Beyoncé, Nathaniel Bassey, Mark Zuckerberg, etc. will give faces to this temperament type.
They tend to be thoughtful, profound, analytical, GIFTED, and perfectionist in nature. They really go into the details and nitty-gritty of whatever it is that catches their fancy. Not many things passes a melancholy. They heard it. They saw it. They perceived it.

They easily sense other people’s emotions and feelings because they are very in tune with their own feelings. This makes them act with more tact and discernment.
In a lot of words, they are DEEP. They do not unnecessarily waste words, but will rather hit the nail on the head when communicating precisely what they mean.

A melancholy will ordinarily say a big YES to a vocation that requires self-sacrifice and a whole lot of humanitarianism. A great many surgeons, medical practitioner, pastor, teacher, missionary has melancholy tendencies.

These absolute geniuses, like other temperaments, also have weaknesses. I mean, is it not paradoxical that this rich personality blend is the most plagued by inferiority complex?

It is also ironical that the personality profile that is best known for being self-sacrificing can also be self-centered. Mr. Mel Melancholy would rather internalize emotions and jabs made at him.

Mooning over every word, he often wears his “mind shades” and will retain them when evaluating varying issues. This makes him one that looks at the world almost only through his standpoint. Oh! He is easily offended and insulted. He can go on a continual self-evaluation and self-examination spree to the point where he becomes depressed having extinguished all of his will power.

One should rightly think that it is good to self-evaluate from time to time, but to drift into morbid self-condemnation exercises especially over mistakes that are common to flawed humans is a very toxic trait that this genius has to combat. This trait often submerges a melancholy into a sea of constant depression and moodiness.

You will find out that they are just not in the mood for being in the mood. This makes their friends to draw away from them and in turn makes them more moody. An unprofitable cycle.

The ordinarily commendable perfectionist trait of the melancholy also has downsides, as they generally have unrealistic perfectionist demands of themselves and other humans. It is ironic that even melancholies cannot meet most of their standards. This strain of perfectionism may also be the reason why many a melancholic genius will drool over obstacles and magnify challenges until these inevitable life occurrences become larger than they really are.

A wise melancholy is the one that has learnt how to be a thankful “praiser” of God and a grateful “honorer” of men. Their subtle prideful nature is

often expressed via a haughty look or attitude that considers others who do not share their high standards as being their inferior. It is not surprising that most people who have a problem with accepting themselves are melancholies.

The analytical melancholy also has to learn to take more risks and overcome the fear of rejection. Again, they should remember that humanity is weak.

Men are prone to mistakes, but a soul that overlooks faults is blessed.

WHOA! YOU made it up to this point. The next temperament type is the DRIVER CHOLERIC! By God’s grace, I will also be giving a bonus piece on the spiritual NEEDS of all the personality profiles. You can imagine what happens when an ordinarily pessimistic genius meets with the Holy Spirit or when a clumsy sanguine marries the Spirit of the Living God! A whole REBIRTH! Dear friend, kindly stay tuned.

Considering an Abortion? This is for You 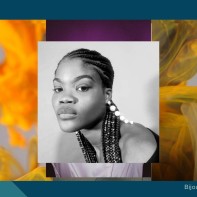 Sage Whispers on How To Negotiate

Looking at Collaborating With a Business Partner?